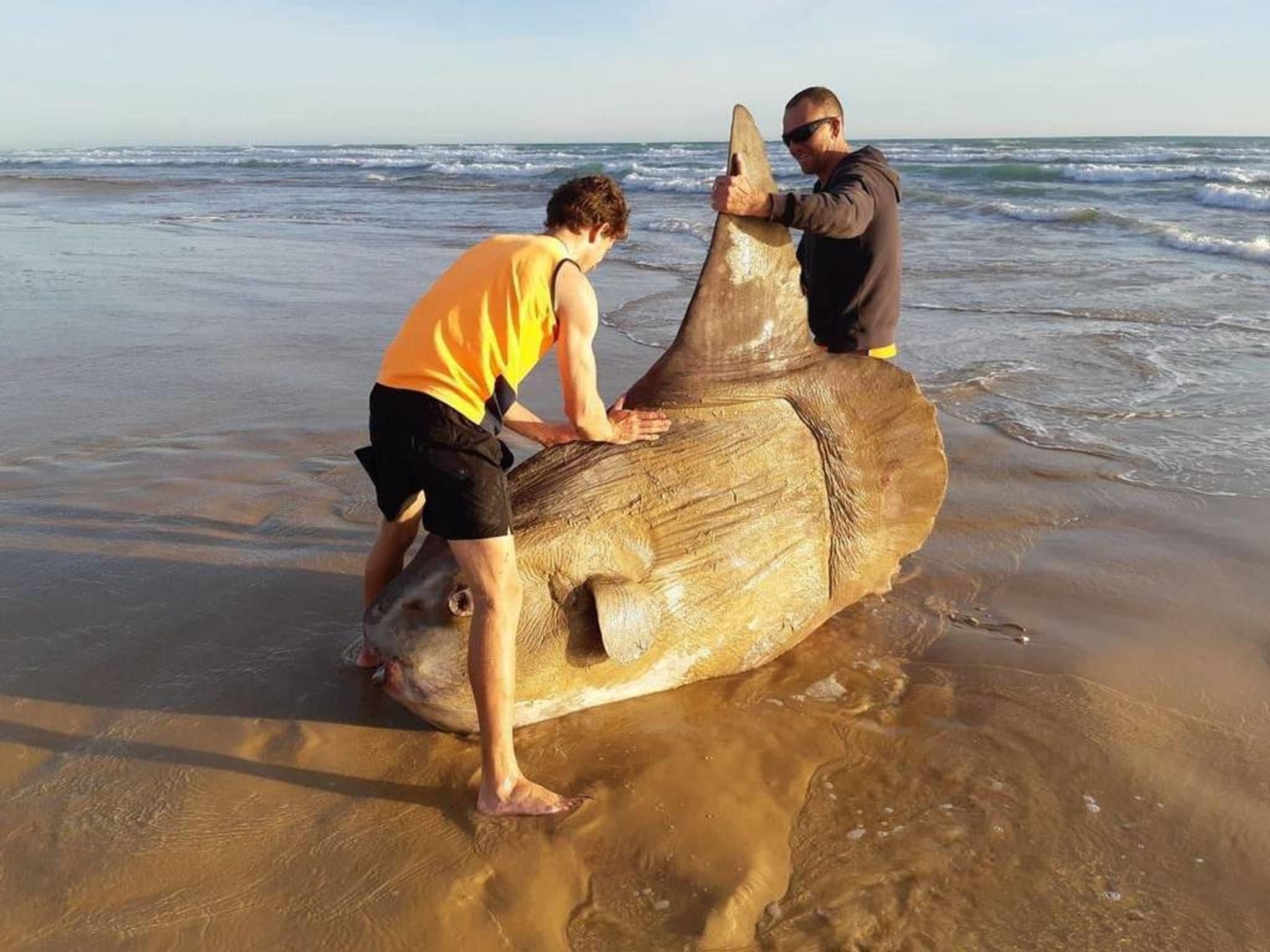 The fish was found at Coorong National Park, 80km south of the city of Adelaide. It’s believed to have later washed back into the ocean.

Expert say that the found fish appeared to be a smaller example of its species, which can grow over 4m tall and weigh more than 2.5 tons.